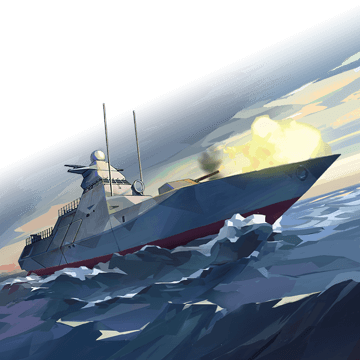 Armored Vessel
Immune to "Suppression".
Stealth
Able to enter any Foreign Territory and remain Concealed as long as they have any Stealth. In Battle, they are invisible until attacking or adjacent to enemy Units. 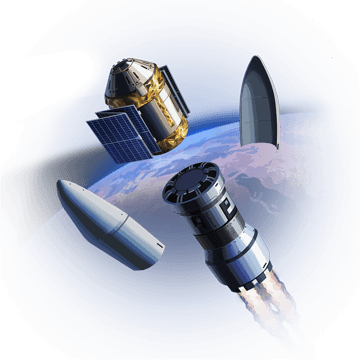 These ships are hard to detect due to their angular form and composite hulls, which lower radar, magnetic, and infrared detection.

While not officially a member of the Western Bloc or the North Atlantic Alliance, the Swedish Armed Forces still had to deal with the presence of the USSR on their doorstep. During the Cold War the Swedish Royal Navy became specialized in reconnaissance and detection as it contended with the presence of the powerful North Soviet fleet and its numerous incursions into the Baltic Sea area and Swedish territorial waters. Swedish naval strategy is still focused on defending its territorial waters. For this purpose, it has built up a substantial force that includes minesweepers, submarines, patrol boats, and fast corvettes to patrol the seas and the country’s numerous fjords. The pride of the Swedish fleet, the Visby-class stealth corvette, is equipped with mines, torpedoes, and anti-ship missiles to carry out all of these tasks.