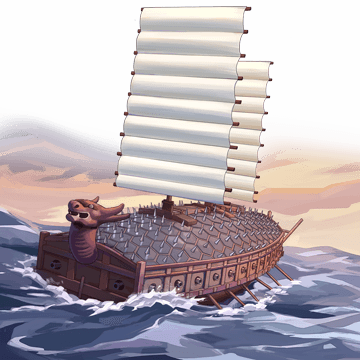 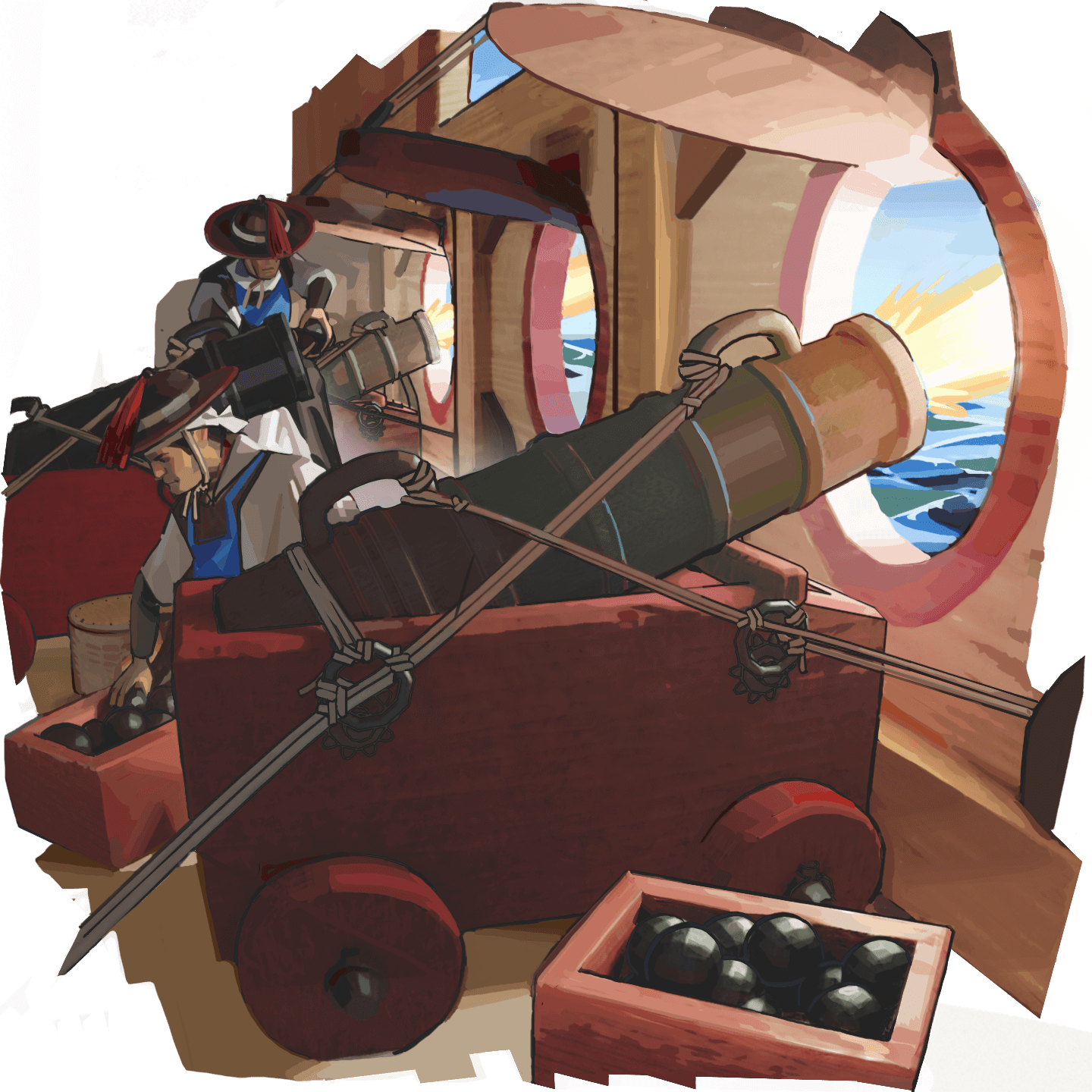 With a dragon head mounted on the bow and a deck covered with spikes, these 'turtle ships' strike fear into the enemy.

The appearance of geobukseon, also known as the turtle ship, at the dawn of the 15th century dramatically changed the face of Korean naval combat. Easy to maneuver in spite of its impressive size, the ship got its name from the rounded roof made of wooden planks topped with iron spikes. In addition to its impressive firing power, the geobukseon had a prow in the shape of a dragon’s head that emitted asphyxiating gases to create an artificial fog. The sides of the vessel were also designed to prevent it from being rammed and boarded. The first armored ship in naval history, it was created and made famous by Admiral Yi Sun-sin, a Korean national hero who took and perfected a preexisting design for a warship and used it to defend Korea against Japanese pirate attacks. The admiral had many naval victories before finally losing his life in battle.