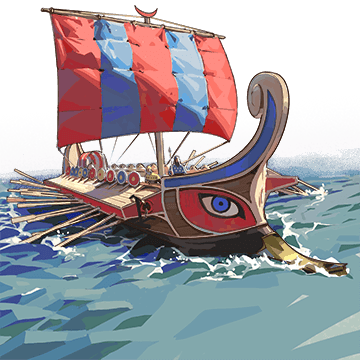 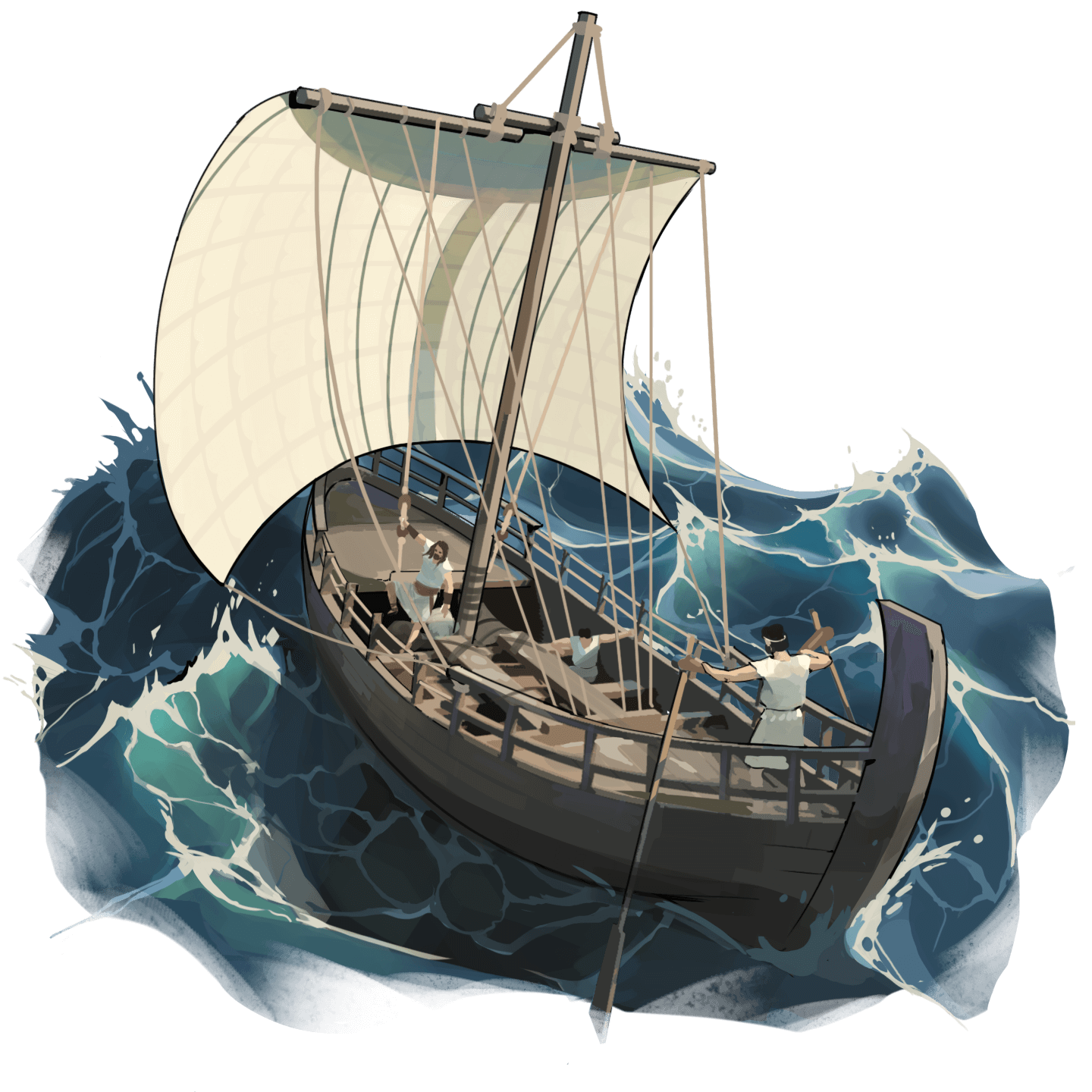 Split into two rows of rowers, biremes immobilize other ships by ramming into them and breaking their oars.

With a heavy focus on seafaring, Phoenician cities were not renowned for their land armies. However, the rulers of cities located along the Levantine coast could count on their superior naval power to assert their dominance along the Mediterranean maritime trading routes. The custom of the Phoenician kings was to mobilize all their ships for war to offer support or gain the upper hand from the sea. As a result, the Phoenician navy had within the same war fleet galleys specifically designed for war and merchant vessels armed for the occasion. These galleys were biremes (i.e. warships with two rows of oarsmen). Small and easily to maneuver, their purpose was to immobilize enemy ships by ramming them or splintering their oars. On the deck, a ring of shields protected the foot soldiers and oarsmen during an enemy attack.