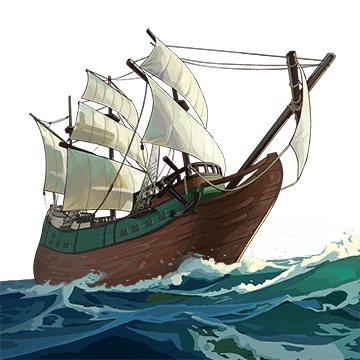 Naval Transport
Ranged-combat naval Unit, must have line of sight to attack. Replaces land Units which embark to travel across ocean tiles.
Conveyor
Increased Movement Speed when starting its turn in an allied Territory. 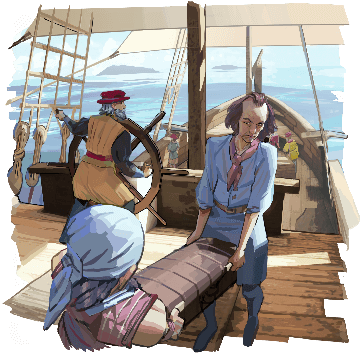 Hailing from the Dutch shipyards, the fluyt is a dedicated shipping vessel, eschewing armaments for increased cargo space.

A fluyt is a type of sailing ship perfected in the Dutch Republic in the 1590s in the naval shipyards of the city of Hoorn. This reliable ship with three masts and shallow draft was easy to sail in high seas, and particularly suited to long-distance trade. The fluyt was characterized by its wide, rounded hull and narrow deck. This particular shape made it possible for a small crew to sail a ship carrying a large cargo. The expertise of Dutch engineers, the use of windmills, and timber resources from the Baltic Sea resulted in a huge number of these ships being built between the 17th and 18th centuries. The Dutch East India Company alone had over 370 vessels built for its merchant fleets. These robust and readily available boats were used throughout the Anglo-Dutch wars as transport ships.