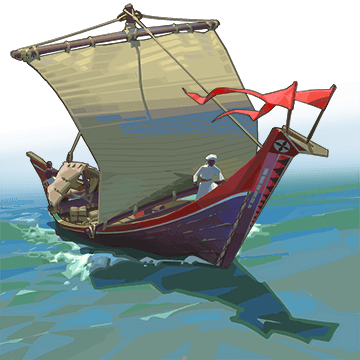 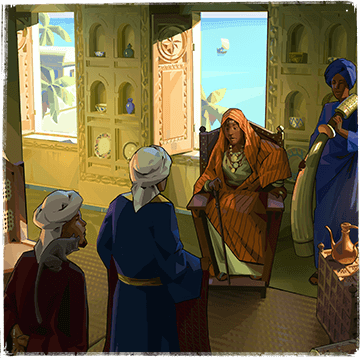 Naval Transport
Ranged-combat naval Unit, must have line of sight to attack. Replaces land Units which embark to travel across ocean tiles.
Nimble Craft
Allows embarking and disembarking instantly, but is damaged by spending consecutive turns on Ocean tiles.

An uncommonly flexible craft, its planks fastened by pegs and fiber, thus making it extremely nimble in the water.

The Swahili name dau la mtepe – from which the term “dhow”, used to describe the cargo ships of the Indian Ocean, is thought to derive – was a generic name used for boats of different shapes and forms. However, all these boats had hulls sewn together with plant fibers, perfectly suited to the region’s navigational conditions.
These flexible and robust vessels, designed to transport cargo on the high seas, had the unusual feature, given their large loading capacities, of having a shallow draft. These characteristics allowed them to drop anchor near the coasts for long periods of time without fear of the swell, or to dock on the beaches and mangrove forests of the east African coasts. .
Sailing eastward from April to September and westward from October to March, in line with the regular monsoon wind cycle, they had to go aground every year on the beaches to maintain and reseal their hulls.