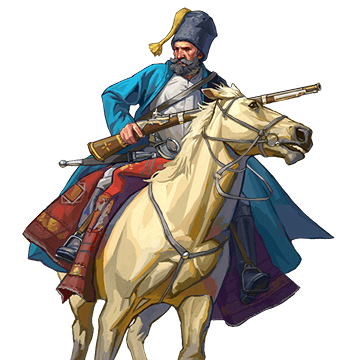 Gunner
Ranged-combat Unit. Fights at full Combat Strength even when defending against close-combat attacks.
Multi-Move
Can move until all Movement Points are depleted, ignoring zones of control. 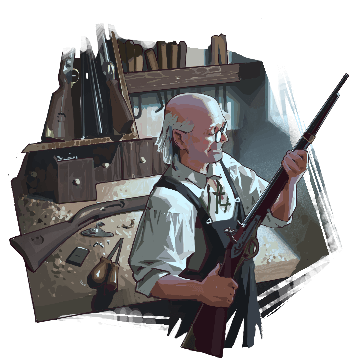 Born of the vast Russian steppes, these cavalry units strike fear into enemy soldiers with their daring ambushes.

The word Cossack is of Turkish-Tartar origin and was originally used to describe a category of free men, many of whom had fled slavery. Later it became a more general term for the semi-nomadic, self-governing communities concentrated mainly in Siberia, Ural, and around the Don and lower Dnieper river basins. Living at the edge of Russian territory, the Cossacks had an ambivalent relationship with power. They served as a pool of troops -- for instance during Ivan the Terrible's conquest of Siberia in the 16th century -- but also regularly constituted a hotbed of rebellion. It was only after Catherine II crushed the Pugachev rebellion in 1775 that the Cossacks were formerly integrated into Tsarist forces as part of territorial military units. Often used as a light cavalry, they were famed for their skillful horsemanship and use of weapons, and feared for their ferocity on and off the battlefield.