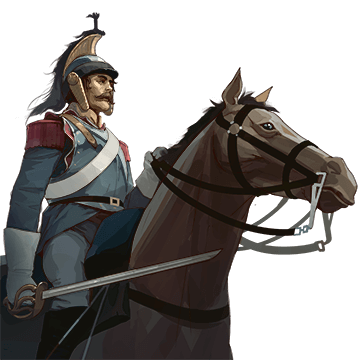 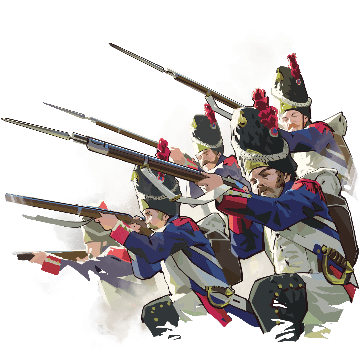 Elite French cavalry, the cuirassiers are a potent and brave strike force that can charge the enemy even when under heavy fire.

The cavalry remained a decisive weapon on the battlefield throughout the 18th century and until the end of the Napoleonic Wars. During the Battle of Eylau, Marshal Murat would lead one of the largest cavalry charges in military history involving over 12,000 riders, a large number of which were cuirassiers. This heavy cavalry regiment, which had been totally reorganized under Napoleon, took its name from the cuirass armor worn by soldiers to protect them from infantry fire. These soldiers, usually part of the reserve divisions, were armed with long sabers that were used in massed charges. The arrival of more powerful, accurate, and rapid firearms in the second half of the 19th century resulted in the decline of the cavalry, which was later permanently relegated to reconnaissance missions during the First World War.