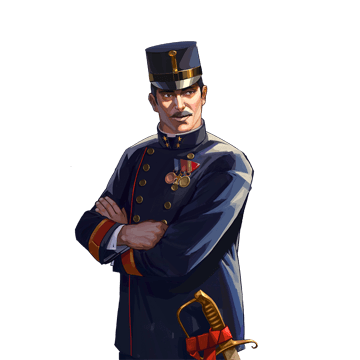 Gunner
Ranged-combat Unit. Fights at full Combat Strength even when defending against close-combat attacks.
Stealth
Able to enter any Foreign Territory and remain Concealed as long as they have any Stealth. In Battle, they are invisible until attacking or adjacent to enemy Units.
All-Terrain
Ignores all terrain movement penalties. 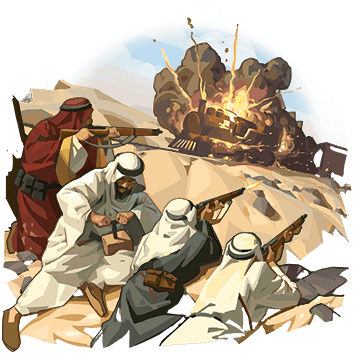 Members of the world's first military intelligence service, these operatives are able to detect enemy assets without revealing their own presence.

Growing state resources in the 19th century led to the emergence of numerous centralized bodies entrusted with administrating the armed forces among other things. The mass of information collected and processed in their offices was soon coveted by intelligence officers and raised fears for those working in counterespionage. As a state in central Europe, the Habsburg Empire had to contend with some very unstable neighbors and had an inclination to aggravate the situation. The Viennese authorities had to keep a close eye on the dissolution of the Ottoman Empire in the Balkans, Russian intervention in Slavic affairs, the Kingdom of Prussia’s ambitions to federate the German-speaking peoples, and the Italian irredentist movement. To this end, they created the Evidenzbureau in 1850. It was the first ever modern intelligence service and employed a huge network of agents, informers, and military collaborators in every European capital.