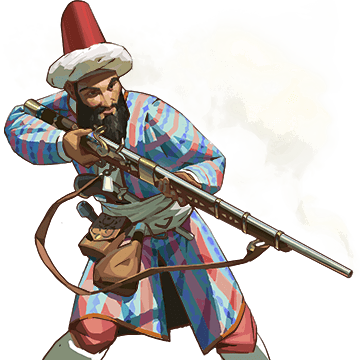 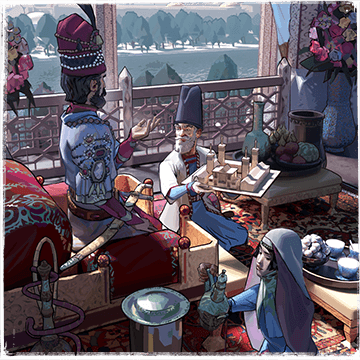 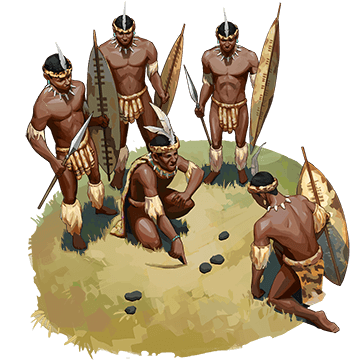 Although the Safavid period was a significant time in Persian military history as far as the introduction of new tactics involving a cavalry equipped with firearms, it was Nader Shah who began to systematize this type of unit throughout his campaigns. The jazayerchis formed the backbone of his armed forces during his reign, and he often led them into battle himself. The soldiers were named after their weapon: the jazayer. This heavy musket, which weighed on average 20 kilograms, fired a shot 24 mm in diameter—almost twice as large as Western standard shot of the time. These soldiers traveled on horseback but most often fought as an infantry unit. The jazayerchi corps was roughly 12,000 men strong and served as Nader Shah’s personal guard.