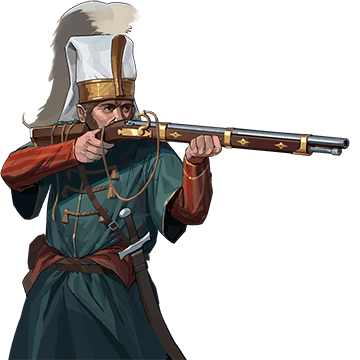 Gunner
Ranged-combat Unit. Fights at full Combat Strength even when defending against close-combat attacks.
Siege Mastery
Bonus Combat Strength when participating in an assault or sortie. 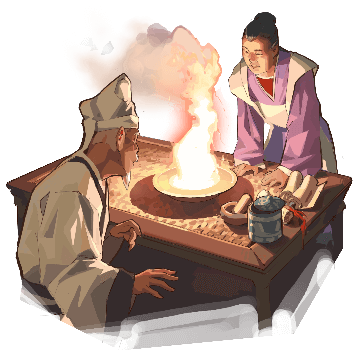 Famous for the strict discipline and order, the janissaries are elite strike infantry utterly loyal to the Sultan.

Established during the reign of Sultan Murad I (1362–1389), the Janissaries were infantry units originally composed of prisoners captured in battle. Created in order to counterbalance the powerful Turkish cavalry of noble origin, it became the backbone of the Ottoman army and administration up until the 19th century. Consequently, a devshirme system was set up to recruit janissaries from the Christian minority populations at the edges of the empire. Enlisted during their adolescence and taken into slavery, boys were emancipated, raised, and trained in a Turkish and Muslim environment at the center of Anatolia. This unusual process was designed to create a personal army loyal only to the Ottoman Sultan. Their proximity to the sphere of power and their prestigious occupations helped them to become an influential, close-knit community that would become involved in many palace intrigues.