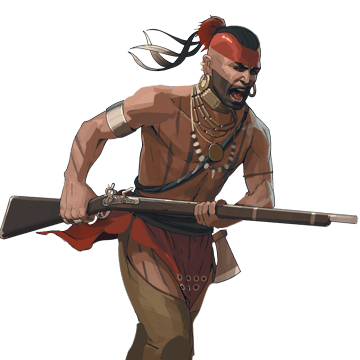 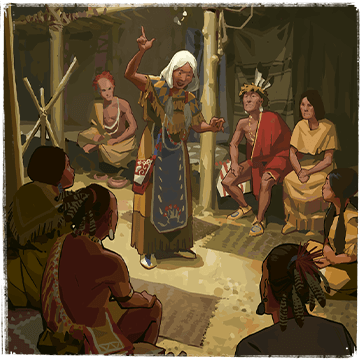 Gunner
Ranged-combat Unit. Fights at full Combat Strength even when defending against close-combat attacks.
Stealth
Able to enter any Foreign Territory and remain Concealed as long as they have any Stealth. In Battle, they are invisible until attacking or adjacent to enemy Units. 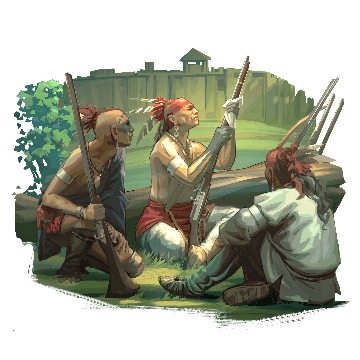 Masters of understanding and blending into the terrain, the rotiskenrakehte are experts in the art of guerilla warfare.

Early contact between the tribes of the Haudenosaunee confederation and European populations in the Great Lakes region permanently changed their warfare practices. The main purpose of the raids and battles carried out between Native American groups was to capture prisoners. They traditionally resulted in few deaths and were based on surprise attacks and ambush strategies. The arrival of firearms through the beaver skin trade with Europeans fundamentally altered this approach. Now in competition for animal skin resources within their territories, the Native Peoples of the Great Lakes fought increasingly devastating wars in the region and it was the Haudenosaunee who ultimately emerged with the upper hand. Sandwiched between the French and British territories, the rotiskenrakehte (warriors of the confederation) also took part in the conflicts between these two powers. They were famous for their knowledge of the terrain and their ambushing strategies.