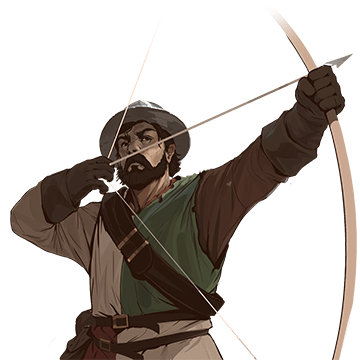 Ranged
Ranged-combat Unit. Receives a penalty to its Combat Strength when defending against close-combat attacks.
Indirect Fire
Unit can attack Units without a clear Line of Sight. 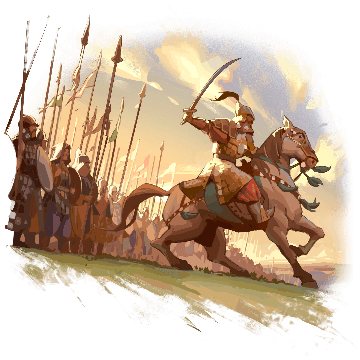 Famed for their exploits abroad, the yew bows of the longbowmen dominate medieval Battlefields.

The extension of English monarchic power ran up against strong resistance from the Welsh lords starting in the 10th century. Having proved their worth in numerous battles and skirmishes against the Marcher Lords in Wales, longbowmen were incorporated in great numbers into the English armies. Recruited from all along the border, in certain battles these archers comprised three-quarters of the English force. An experienced longbowman cost two times less than an armed soldier, could be called up for obligatory military service in the name of the king, and could fire up to fifteen arrows per minute. Made from a single piece of yew, a longbow measured from 1.7 to 2.1 m and could shoot arrows over 300 m. This great range gave the Plantagenet armies a substantial advantage during the Hundred Years War.