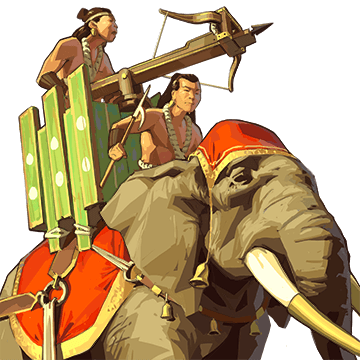 Ranged
Ranged-combat Unit. Receives a penalty to its Combat Strength when defending against close-combat attacks.
Elephant Platform
Ignore penalties from fighting in melee. 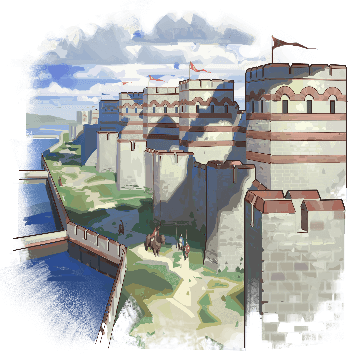 Widespread use of war elephants in the Khmer region hits its apogee with the development of multiple-crossbow elephant artillery.

To the Khmer rulers, the elephant was an important possession and a potent symbol of monarchical power. After a victorious campaign against the Chams, King Jayavarman VII had a platform decorated with elephants built in front of his royal palace in the city of Angkor Thom from which he would watch his armies pass by for military inspections. Although Khmer rulers did not maintain large and permanent professional armies, they had the power to mobilize large contingents of soldiers for their campaigns, hiring their subjects and mercenary reinforcements. The bas-relief and sculptures on the Terrace of the Elephants illustrates the many possible uses of these animals by the military. Used for war, they would be ridden by soldiers armed with bows and arrows or spears, and would sometimes carry platforms with ballistae on top. They could fire very large bolts, so were also used to fight cavalry formations.