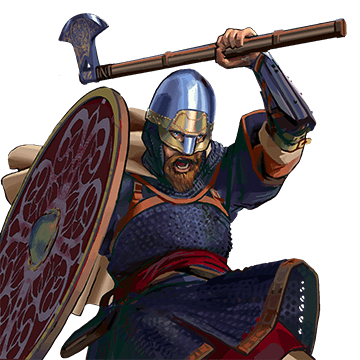 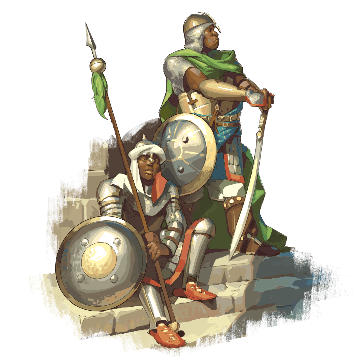 Recruited from abroad to ensure their political allegiance, the varangians are famed for both bravery and loyalty.

The Varangian guard was an elite unit in the Byzantine army that served as the Emperor’s personal bodyguards. Known for their use of long axes, swords and bows, these soldiers were considered the most fearsome and loyal in the Empire. The unit was created following a conflict between Basil II and the usurpers, Bardas Phocas and Bardas Skleros. In 988, in exchange for the hand of his sister Princess Anna Porphyrogenita, the Emperor received a detachment of 6,000 soldiers from the Russian Prince Vladimir to help him suppress the revolt. These were mostly Scandinavian, and consequently the name comes from the soldiers in the unit. For the Byzantines, the term “varangian” referred to Scandinavians, and later was used to describe any mercenary from northern Europe (Norman, Saxon, etc.). One of the most famous Varangian guards, Harald Hardrada, was its commander before becoming king of Norway in 1046.