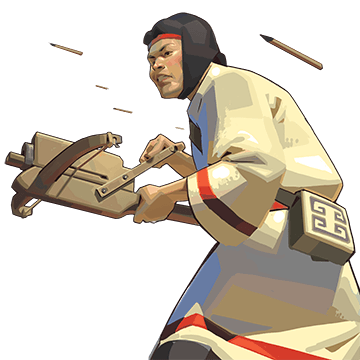 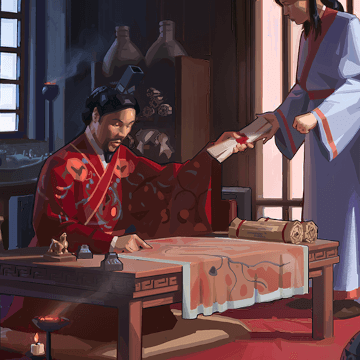 Ranged
Ranged-combat Unit. Receives a penalty to its Combat Strength when defending against close-combat attacks.
Repeating Crossbow Volley
Stronger Attacks after the Unit spends a Round defending. 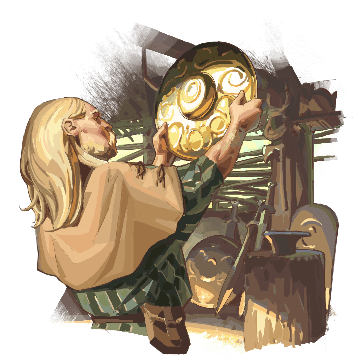 Fitted with sophisticated mechanics, the crossbows of these well-trained soldiers provide amazing speed and strong defenses.

Archeological evidence and written sources seem to concur that the oldest repeating crossbows date back as far as the Warring States period. Before the repeating crossbow found its definitive form during the Ming dynasty, it could be used to shoot two bolts at once. To do so, the crossbow was held using a handle at the front that helped to aim the device, while the bolts were loaded using a rear drawing mechanism, unlike later versions with a lever mechanism. The magazine on these crossbows could hold between 10 and 20 projectiles, which compensated for the crossbow's lack of power and accuracy with a rapid rate of fire. On average, the range of the weapon varied from 70 to 180 meters, but a soldier could shoot ten or more bolts in less than 20 seconds. This speed made it more suitable as a defense weapon.