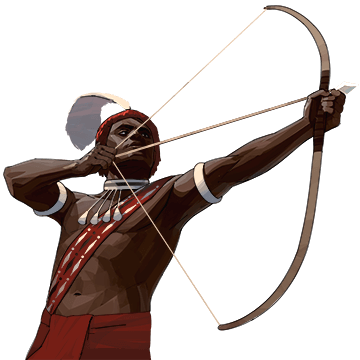 Ranged
Ranged-combat Unit. Receives a penalty to its Combat Strength when defending against close-combat attacks.
Exceptional Accuracy
Can shoot at a target without having a clear Line of Sight to it. 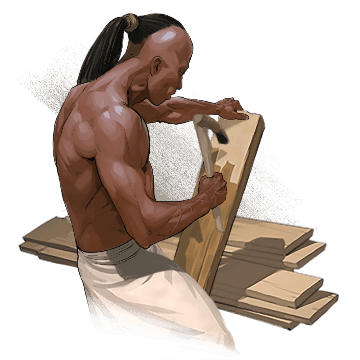 Nubians are known to be expert bow handlers. In fact, the Egyptians even call Nubia “Ta-Seti,” which meant “The Land of the Bow.”

As far back as historical records go, it appears that the Nubian people have excelled with a bow and arrow. The ancient Egyptians therefore called Nubia Ta-Seti (“the country of the bow”), because of the inhabitants’ characteristic weapon. Unsurprisingly, archers formed the bulk of the army regularly fighting against Egypt during Antiquity. On the other hand, the exceptional accuracy of Nubian archers also made them renowned mercenaries incorporated into the Egyptian armies. This reputation has been corroborated by several sources and through archaeological finds. The most famous was discovered inside an Egyptian tomb from the Middle Kingdom of Egypt, in the Asyut necropolis. It included figurines representing a troop of Nubian soldiers lined up--with a bow in one hand and a quiver of arrows in the other.