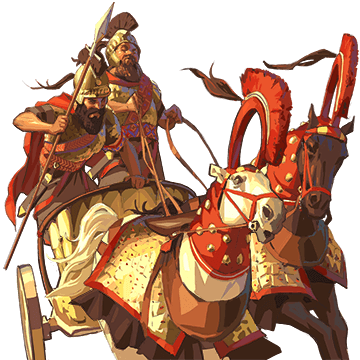 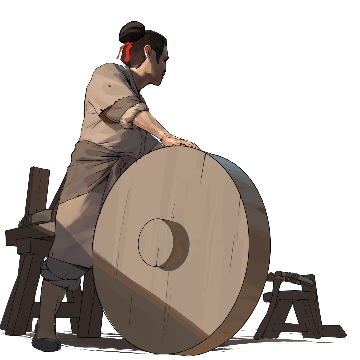 War chariots provide an invaluable advantage to the Hittites, but the disciplined organization of the army only let the nobles fight on them.

The use of war chariots (gigir) became more widespread in the Near East in the second millennium BCE. The clear advantage that chariots gave armies soon made them indispensable on the battlefield. Over the centuries, substantial improvements to their structure were made by the numerous craftsmen who worked on their design. Incidentally, the earliest example of spoked wheels were found in the middle of Hittite Anatolia. Replacing solid wheels on war chariots, they greatly reduced their structural weight while improving handling. The kings of Hatti took advantage of the kingdom’s many horses and knowledge of horse training to produce a great number of war chariots. However, the Hittite army’s strict hierarchical structure meant that only the kingdom’s nobles were permitted to fight using war chariots.