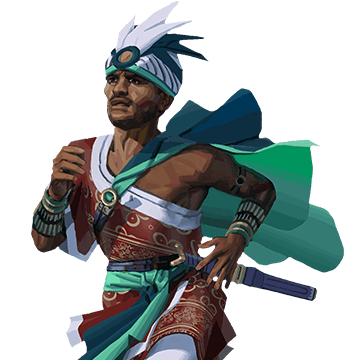 The Harappans thirst not for warfare, preferring to make more peaceful relations with their rivals.

War among the Harappan people is a topic of debate. Harappan society is often considered to have been nonviolent, since no trace of combat or pillaging has ever been discovered. Nor are there any artistic representations of war, which suggests an absence of armed conflict. This is partially explained by the demography of Harappan cities and the surrounding regions: expansion was unnecessary and on the contrary encouraged peaceful cohabitation. However, this does not imply a total lack of violence: cities were still well fortified and weapons have been discovered. Most likely used for hunting and peacekeeping within communities, they prove that some men were indeed armed. The “Runner” does not, therefore, represent an emblematic military unit from the past, but rather men that would travel great distances, promoting trade between cities and with outside populations.