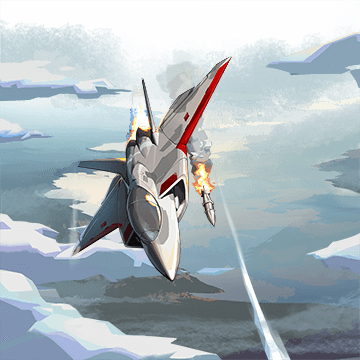 Multi Role Aircraft
Versatile aircraft Unit which can perform both patrols and air-strikes effectively.
Aerial Stealth
Able to bypass anti-air defenses and perform anonymous strikes as long as they have any Stealth. 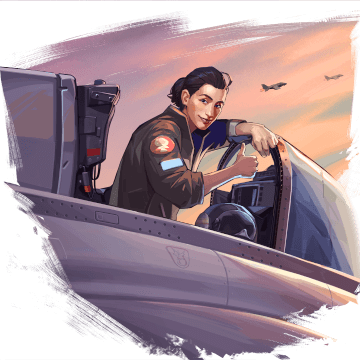 The ultimate expression of military technology in an aircraft, this fighter has no equal in the skies.

First seen in the skies at the end of the Second World War, fighter-bombers equipped with jet engines became a standard feature of air force squadrons in the 1950s. From the first models designed by aircraft manufacturer Willy Messerschmitt to the latest-generation models of the 2000s, these planes have been continually upgraded to perform an ever-increasing range of missions. Modern fighter-bomber aircraft are designed to perform multiple roles and can be configured for defense missions, air superiority, reconnaissance, attacks, support, or preemptive nuclear strikes. The American F-35 Lightning and other more recent models are also designed to carry out stealth missions and supersonic flights over long distances at a very high altitude. Equipped with numerous sensors, these planes are able to collect and store enormous quantities of data, which are transmitted back in real time to military command.