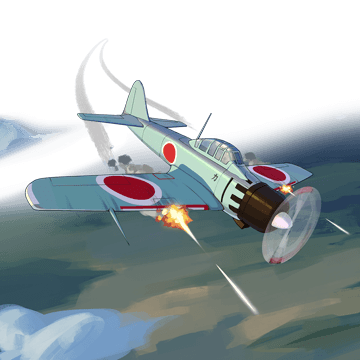 Fighter
Patrol aircraft Unit able to provide vision and counter enemy aircraft. Can also strike ground targets with reduced efficiency.
Light
Destroyed if a single attack ever removes more than half of the Unit's Health. 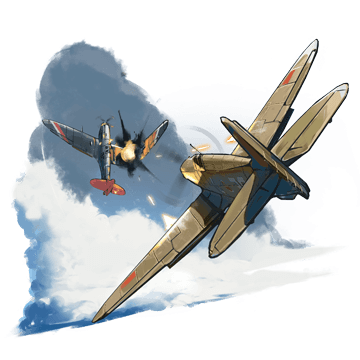 One of the most capable carrier-based fighters, the reisen have a reputation as dogfighters without peer.

A carrier-based fighter plane used by the Imperial Japanese Navy, the Mitsubishi A6M (officially designated rei-shiki-kanjō-sentōki) was referred to by its pilots as Reisen, meaning “zero fighter”—zero being the last digit of the imperial year 2600 (in other words, 1940), which was the date the plane entered service. Adversaries likewise usually gave the fighter plane the nickname ""zero"". Mass produced from 1940 onward and for the duration of the Pacific War, it has been estimated that approximately 10,900 units were built. The fighter had two 20 mm cannons and two 7.7 mm machine guns all in a very lightweight structure that gave the plane incredible maneuverability and allowed it to reach extreme speeds of up to 600 km/h. These specifications allowed it to dominate the skies at the beginning of WW2, before its lack of armored cladding and the introduction of more powerful models caused it to suffer heavy losses.