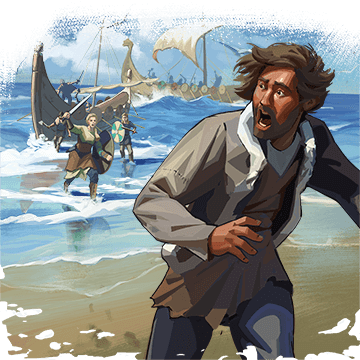 Raiders of the Far Seas

Raiders of the Far Seas

According to hearsay, every springtime, longboat raiders have pillaged and looted lands close to your borders. Sailors hailing from the harbor in {0} swear they have seen such slender vessels on the horizon, even hearing the low, eerie sound of their rowing chants. Some say they even row upriver to strike into the heart of the continent. With your naval force weak, people near the border are frightened they will be next. They are threatening to flee. What will you do?

A show of strength might affect industry, but it will give the people courage.

We have greater concerns. The people must fend for themselves.

They seek plunder. With enough gold we can kill two birds with one stone.