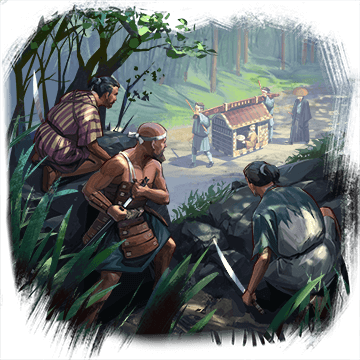 The empire's trade routes resound with the noise of hooves on the dirt, creaking wheels, and fluttering canvas. Caravans loaded with silks, spices and all manner of goods, come and go from far climes, but near the city of {0} these convoys are attracting the wrong kind of attention. Merchants ferrying gold along a lucrative trade route are being targeted by a notorious gang, and the traders seek your aid. What is your decree?

We will pay for hired guards to accompany the merchants. Maybe we'll get lucky...

We will pay for hired guards to accompany the merchants. Maybe we'll get lucky...

Our guilds are bound to know who's behind this. This so-called gang will soon be in uniform...