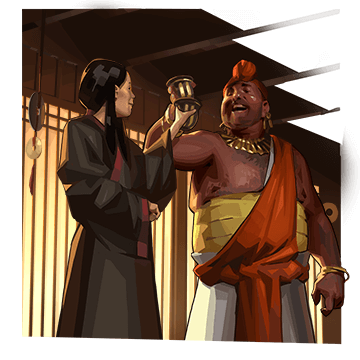 Of Neighbors and Nuisances

Of Neighbors and Nuisances

Discontent prowls the streets of {0}, roiled by the efforts of a group of those who oppose your rule. While your advisors fretted about the instability, no leader could be found directing the rebels’ activities. Yet this invisible leader has now revealed herself in a most dramatic fashion. Reports have trickled in that she recently undertook a tour of foreign embassies, looking for their support in her struggle against you. How will you respond to the rebel’s gambit?

We will first find out whether foreign agents are indeed playing a part in this unrest.

Few leaders are incorruptible. This firebrand will be easily convinced to change her tune.

Our agent will find the right bargaining chip to silence the meddlesome upstart.

Involving outside powers is a smart play – for us. They’ll help solve this crisis.