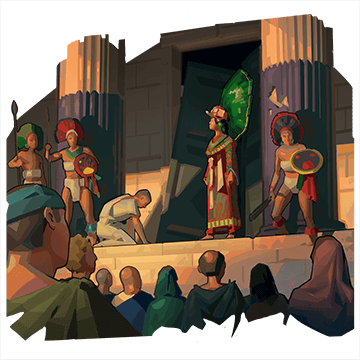 Though the people of {0} forced a fierce battle, your armies have claimed a clear victory, and the city now is under your control. Yet there are difficult decisions to be made in the aftermath. First among them is what to do with those who stood against you. Taking decisive action against the resistance might help cement your rule in the conquered city, but demonstrating a measure of forgiveness could improve your standing with still-wary citizens. Which approach do you favor?

Declare that there will be no repercussions to sway the opposition to your side – though those harmed by their actions will be angered.

Deprive those who revolted of both their freedom and their wealth. Let there be calmer streets, and a fatter public purse.

Stage regular raids across {0} to root out and deter would-be insurrectionists. Disruptive but effective.