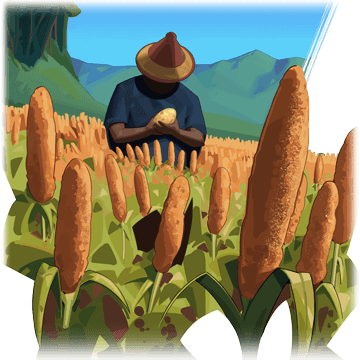 Some time ago, foreign sailors brought a wondrous crop to your lands. For years that crop flourished in one corner of your empire, helping to feed the citizens of {0}. However, a terrible blight has recently ravaged its numbers, and threatens to spill out and decimate local species. Your most learned minds suspect it is caused by a pest that has finally crossed the oceans itself, finding itself in a virgin land free from its usual predators. The blight will not spread, but its impact depends on the action you take. What is your decree?

With money and guidance the farmers can reduce the impact of the pest on their yields.