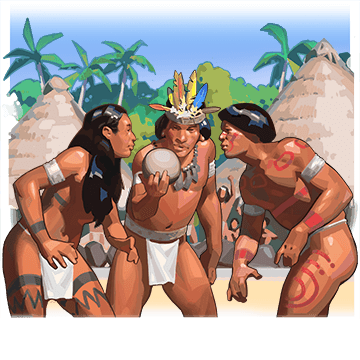 Hundreds of years have passed since that epic day when two of the empire's greatest cities faced off to decide who could claim to be the sport's undisputed champion, and yet the passion for the game has never wavered. New eras might've altered some of the rules, the playing surface, the tactics, and even the composition of the ball, but the essence of the game remains intact. Now your army chief thinks that the adoption of the game into military life—with a small tweak—could lead to better soldiers. Which sport should they play?

Such magnificent animals! And our horseback units are still an important part of our military strategy.

Our naval crews will be as strong as sharks when they've mastered this game!