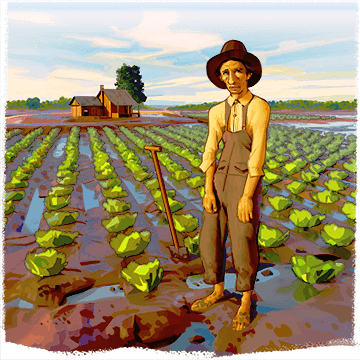 For the longest time, {0} has faithfully served as the breadbasket of the empire, its rich farmland a source of envy in other territories. The people of the region, however, have often been called idle, and accused of neglect or worse. Now, though, a zoologist has identified a parasite thought to be responsible for what many thought a character defect: ancylostoma duodenale aka the common hookworm. The region's reputation for lethargic, exhausted workers with distended bellies and emaciated shoulder blades – angel wings – is clear. What will you do though?

A focused public-health campaign around |MyEmpire| will make the citizens feel valued.

It will cost, but a full empire-wide public-health programme could eradicate this terrible affliction.

|MyEmpire|'s feckless citizens are to blame. They shame the hard work of the rest! Let's hope the hookworm doesn't travel.