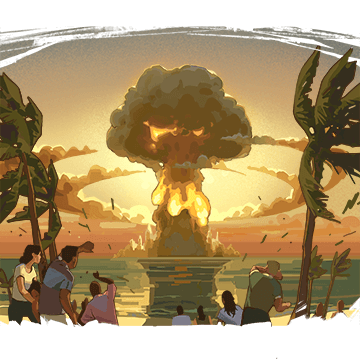 Grave tidings. A letter from one of your most eminent scientists warns that the specter of nuclear holocaust has been unleashed on the world. Citing an extremely reliable source, they make clear that a rival empire has developed nuclear technology that might herald a new atomic age and weapons of mass destruction. What will your response be?

The very survival of the empire is at stake. Every last soldier must step up against this grave threat.

Further investment in our existing uranium tech will bring us closer to being a nuclear superpower ourselves.

We'll inspire a new generation of physicists and engineers to help counter the specter of nuclear annihilation.

We already possess the technology ourselves. The threat of retaliation is the best means against their use.

Nuclear weapons are the greatest threat to humanity. Disarmament is the right policy.