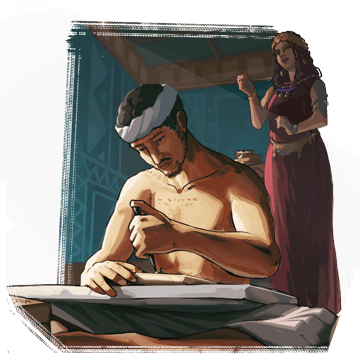 Reports from your military commanders together with grisly accounts from the battlefield confirm that your forces achieved a famous victory against the might of {0}, but, irritatingly, news from other parts of your own empire paint a very different picture. Apparently, stories are circulating that describe your forces being routed, and {0} being victorious! Clearly, the enemy is using their superior fame to re-write history. How will you counter this vicious propaganda?

Let history be rewritten. Mild unrest in the capital is the least injurious outcome here.

A counter-propaganda campaign will cost, but our citizens should know the truth and celebrate this victory.

We will visit the battlefield, recover evidence of our victory, and display it in the capital so all might learn.