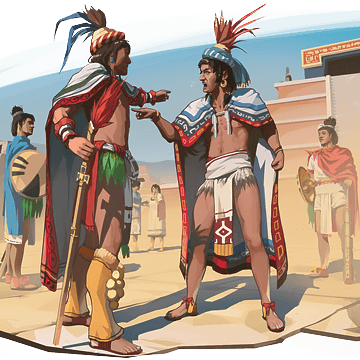 Nobles are often engaged in petty squabbles over titles, land rights, or the misdemeanors of offspring, but there are two particularly haughty high-borns who have an especially vicious feud ongoing at present. The details are tedious, but apparently involve blood pacts and spurned love. Under usual circumstances it would be no matter for your attention, but, sadly, the pair are heads of influential families in {0} and {0}. What is your decree?

Both nobles bring dishonor on their houses. They will be equally punished so neither city feels aggrieved.

|TwoOfMyCities| brings in more coin than |City1|. We will rule in their benefit -- even it angers the other city.

Our society enjoys freedoms. We will make light of their feud for their citizens' amusement.