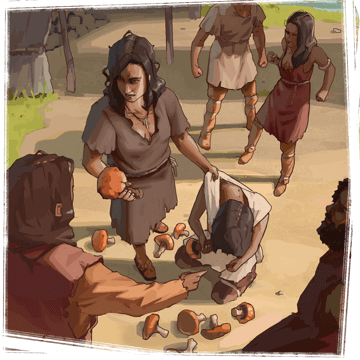 The shift to fixed abodes hadn't been easy for the tribesmen and women who'd settled in the outpost, but they'd persevered, and now thought of the land as home. When they discovered that one of their number had been hoarding mushrooms that he'd found in a nearby cavern for himself, it was a great blow to the spirit of the tribe. Now they want to banish him for his greed, but that would mean being deprived of the location of the mushroom field. What is your reckoning?

We might lose some fungi, but we'll make an example of him and post lookouts so this does not happen again.

The tribesman made a mistake, but he'll learn. And the extra food will be welcome.

The man will leave the settlement, but will remain of the tribe. His days will be dedicated to learning more about this strange species.