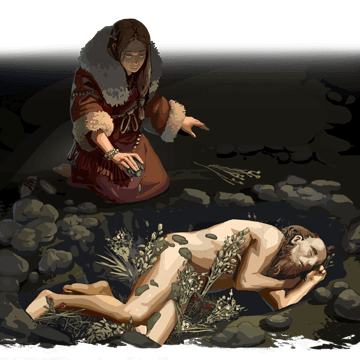 The battle is won, the foe defeated, but the victory has not come without a toll. A great warrior who lived through many winters now lies dead, his sons and daughters arrayed around his cold, lifeless body, mourning his loss. As the night passes and the stars wheel, one by one they make their peace and depart -- all except for his youngest daughter. She wishes to better understand the miseries visited upon her father during his living years and study his remains. What is your command as to her wish?

It feels like a defilement but learning something of our mortal nature lessens the blow of his loss.

Custom dictates the warrior's remains be left, unsullied, to the land. We will honor his life by giving our all for the tribe.