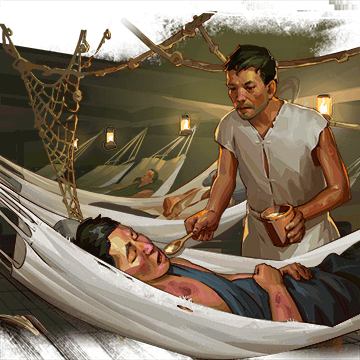 The choice to suppress the sailors' terrible sickness has backfired. Enough of the surviving sailors returned to their families, who began to spread rumors that the very seas were poisoned. Now, across the entire empire, many refuse to go to sea and protests have erupted in all cities.

Workers down tools, claiming the leadership is sending sailors to their graves.