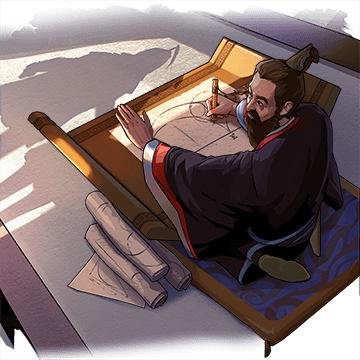 My circles, my circles!

My circles, my circles!

The siege of {0} has ended with a famous victory. In the aftermath, while combing the city for lingering rebels, your soldiers made a miraculous discovery. One of the greatest thinkers of the age, a natural philosopher and inventor without peer, was found -- still toiling -- in an underground workshop. He doesn't wish to see his kin in shackles, however, and refuses to devote his genius to your cause unless you change your outlook on war slaves. What should you do with him?

A thinker with knowledge of siege engines is worth the upheaval.

A thinker of this caliber is worth the upheaval.

He may not help us, but his capture will be a symbol of the empire's greatness.

The world should not be denied this great mind. History will remember your compassion.