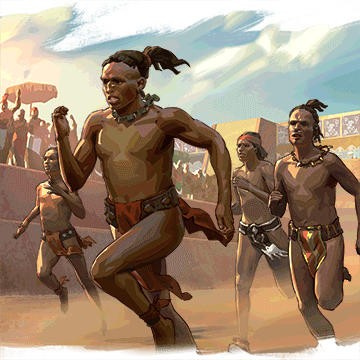 The Only Game in Town

The Only Game in Town

Word has come to you that the annual festival in {0} has added a foot race to the revelries. The short race is most popular among the worshippers, and has given you an idea. During this time of peace there is a danger the empire's armies will lose their edge. This single race could be expanded into a series of games, where rival cities and fighting units send athletes to compete against each other for the prestige. What type of games do you wish to promote though?

Fighting games will inspire a generation of fearsome soldiers.

Our great empire most needs mobile armies to travel the world.

Entrants will compete in games of logic, knowledge, and rhetoric -- and our civilization will flourish.