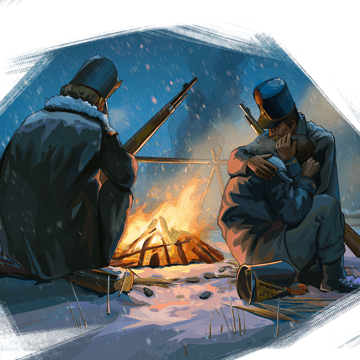 A Harsh and Distant Front II

A Harsh and Distant Front II

Victory! Your armies defeated the great enemy city of {0}, and now your whole empire salutes its brave soldiers and their great victory. All the hardships endured by those back home -- from gut-wrenching hunger to bone-shattering fatigue, calloused hands to bent backs -- were worth it.

The citizens of the empire feel as happy as the soldiers who brought this great victory.