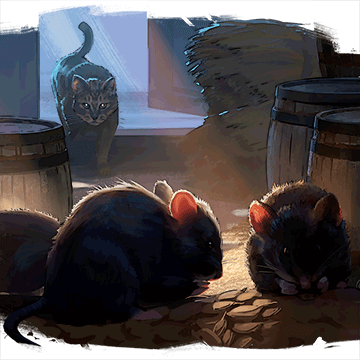 As the harvest season draws close, the common folk are worried. With many farms scattered across the empire, last year an infestation of rodents -- largely rats and mice -- plundered granaries. However, rumors have it that one enterprising village mitigated the problem by using cats. But you also know that sailors use a new kind of predator named a ferret. Which of them will you employ officially?

Cats are bigger and can't catch all the mice but they are more resilient.

Smaller, they'll be more efficient even if they are more fragile.