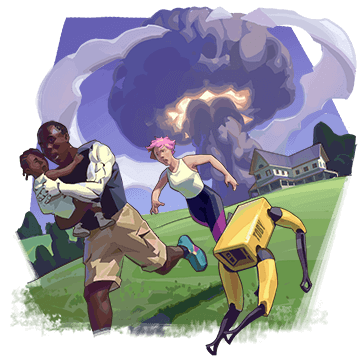 End of the Revolution

End of the Revolution

Terrifying weapons of mass destruction cross the skies, laying waste to entire cities. At the epicenter the heat of the sun vaporizes everything, while further out the shockwave topples buildings as if they were dominoes. Afterwards, radiation lingers corrupting all life. The outbreak of nuclear war has ended your dreams of transhumanism. Now your citizens and scientists must turn to other matters: survival.

Nuclear war has ended many dreams -- including the transhumanist one.