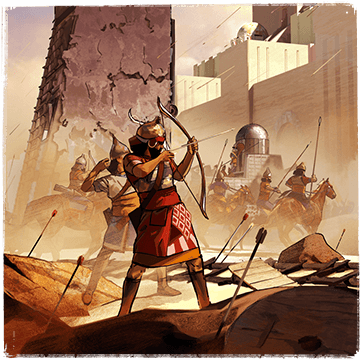 Dunnu
+1 Combat Strength in combat for Units in or adjacent to the District
+2 Influence
+10 District Fortification
Is: Land Unit Spawn.
Is fortified.

A culture ready for war, the Assyrians are a fierce, military-focused people with martial prowess driven by the noble classes who seek land and riches.

The Assyrian civilization developed into a succession of states and dynasties from the beginning of the second millennium until the seventh century BCE. At its peak in the eighth century BCE, the Assyrian empire controlled a territory comprising all of Mesopotamia, central Anatolia, the eastern edge of the Mediterranean, and the Nile Valley.

The terms Assyria and Assyrian were created in the 19th century and come from the ancient name Assur (Aššur). They are used to describe at the same time a territory, a language, and a group of states. Established as an independent city-state in the 21st century BCE, Assur took advantage of its strategic position on the trade routes between Mesopotamia and Anatolia to assert control over its neighbors. Then, during two phases of expansion (from the 14th–13th and 9th–7th centuries BCE) the Assyrian kingdom assimilated the Mesopotamian kingdoms to form a vast empire. This growth was possible thanks in particular to its effective cavalry and war chariots. Expansionist states, these kingdoms and empires were ruled by a monarch who represented the earthly incarnation of the city’s tutelary deity, the god Assur. During their most aggressive phases of expansion, the Assyrian armies were known for their use of violence in their annual military campaigns. Acting as predatory armies, they engaged in pillaging, deportation, and acts of cruelty with an intensity that was uncommon for the time. The Assyrian kings were also great builders who would not hesitate to build -- or rebild -- a new capital city to demonstrate their power. These creations required huge amounts of labor, displaced tens of thousands of people, and required substantial food supplies to feed their populations.

The Assyrian Empire and civilization reached their height at the time of the death of King Assurbanipal in around 630 BCE, but collapsed abruptly only 21 years later. This sudden decline resulted from the vast resources required to maintain the Assyrian armies and which weakened the empire internally. The Assyrian civilization was subsequently dominated in the Near East by the Babylonian, Medes, and Elamite civilizations. 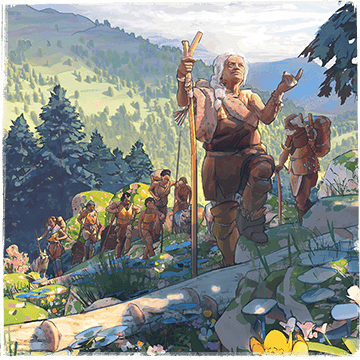