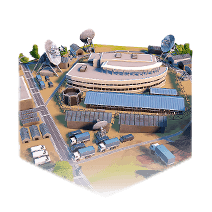 The agency develops emerging technologies for the military, but it is the spin-offs that provide much profit for private industries.

Following the collapse of the Third Reich, Americans and Soviets organized the exfiltration of thousands of German scientists and engineers in order to take advantage of their considerable knowledge in the fields of chemistry, aeronautics, and nuclear science. The American arm of this recruitment drive, Operation Paperclip laid the foundations for the US space program and built the country’s first ballistic missiles. Created in 1958, the Defense Advanced Research Projects Agency (DARPA) was given the task of developing innovative projects to ensure that the American army maintained its technological advantage. Under the leadership of the Defense Department and with federal funding, DARPA commissioned and led research in a variety of fields including aeronautics, radar technology, and military rations. Research conducted by the agency on computer networking permitted the development of ARPANET starting in 1969, and later the Internet.