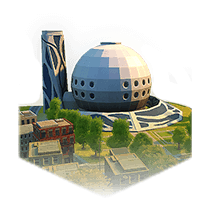 The Swedish academic program developed in the early 1960s has led to steadily increasing student numbers attending institutes of higher education in the 1990s and into the present day. Working in numerous fields of fundamental and applied research in the country’s universities, hospitals, and industrial firms, they have been responsible for many of the innovations developed in the kingdom. Organized into four-year plans that involve both public and private bodies, Swedish research is usually carried out in public university laboratories despite the fact that two-thirds of the funding comes from Swedish companies. The emphasis placed on studying foreign languages—English in particular—from 1962 onward has facilitated the integration of Swedish researchers into European and international research programs. Car manufacturing, transport, information technology, communication, and pharmaceuticals are just a few of Sweden’s cutting-edge sectors.