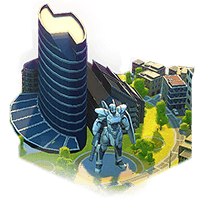 From disaster rescue swarms to automated surgical systems, the projects in this lab aim to improve many areas of human life.

In Japan, the beginnings of robotics are clearly evident as far back as the 17th century when karakuri ningyō (karakuri or “mechanisms”) first appeared. These early automated figures were used in theatrical productions, certain religious ceremonies, and even in private collections. However, it was not until the 20th century that robots became a prominent feature of Japanese society, first on the production line and then as a consumer product in the 1990s. From this point onward, largely thanks to progress in the field of artificial intelligence, robots progressively began to appear across the entire service industry. Japan remains one of the largest producers and users of robots in the world. Encouraged by a government that hopes to achieve a “robot revolution,” both the public and private sectors continue to invest heavily in research and development in new technologies.