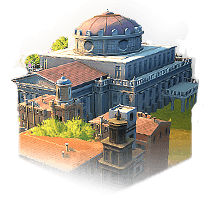 With six tiers of boxes creating hundreds of pit-stalls, the wealthy watch from above while below the masses mingle.

Italian theaters are characterized by their semi-elliptical shape with tiers of galleries and private boxes as well as a stage separated from the house by an orchestra. Unlike theaters from earlier periods, these are entirely enclosed and covered over, and have a general shape that is reminiscent of a Roman circus or an Etruscan theater. This type of building was particularly in fashion between the 18th and 19th centuries. Prior to this time, there was no special building dedicated exclusively to the performance of opera or theater in Europe: acting troupes built their own stage or presented shows in buildings that were often unsuitable for the purpose. Until the beginning of the 19th century, performances in all theaters would be lit throughout by candlelight. It was not until the arrival of electricity that theaters could be plunged into darkness, which made it possible to capture the audience’s attention and emphasize the stage and the performance.