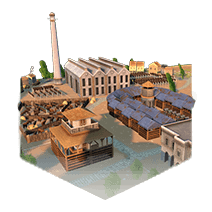 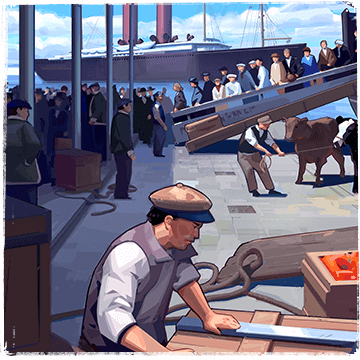 A cattle slaughterhouse producing salted beef, the products of the Saladero are sought all over the world.

The provinces of the Río de la Plata’s vast plains were used throughout the 19th century for breeding livestock, particularly cattle. Their mild climate and plentiful grasslands fodder meant that huge herds could graze on these plains all year round, on holdings that sometimes covered thousands of acres.
In general, the herds were slaughtered directly in the estancias, then the carcasses processed in the saladeros. Traditionally dried, the meat was later salted for export purposes, thanks to techniques from Basque immigrants specialized in fish salting. Leather, fat (soap and tallow), and butchered remains (fertilizer) bound for the European market were also prepared in these buildings.
In the second half of the 19th century, the influx of English capital and increased European demand transformed the scale of the saladeros. From then on, they were mainly located in towns or on riverbanks, and were supplied with cattle by train; the largest among them could process more than 200,000 animals a year.